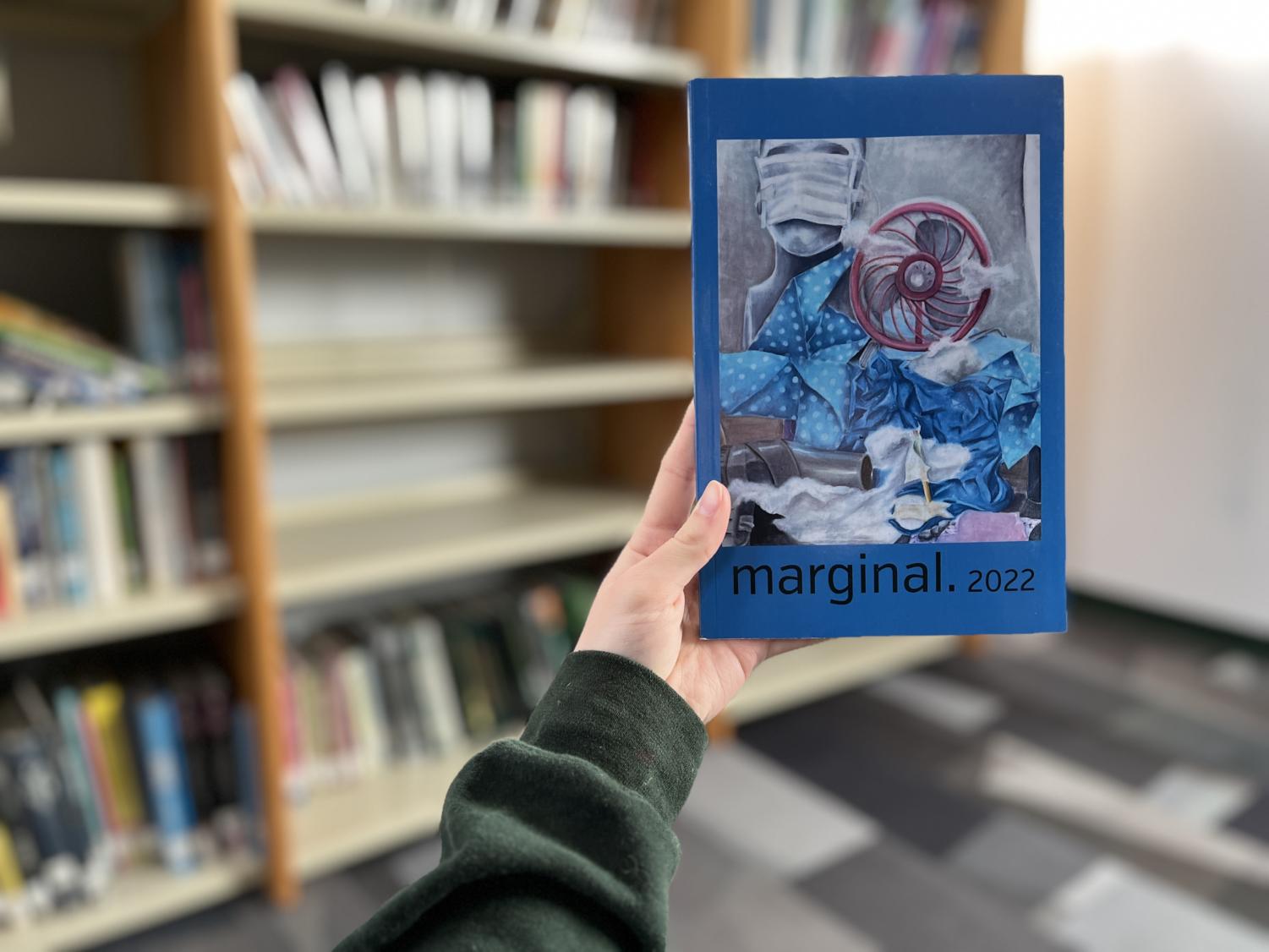 Marginal has recently concluded its annual poetry contest and announced the top three submissions. First place was awarded to May Chen’s “Blue Hour,” second place to Maggie Joyce’s “Chloe’s Verse: Part One,” and third place to Piyusha Majgaonkar’s “There Must be Something Wrong with Me.” Receiving honorable mentions were Natalie Bouffard and Delaney Doyle.

Head editor Olivia Stacey gave some insight into the club as well as the winning poem.

“We have contests throughout the year, art and writing contests. Any student can submit, any student is eligible to win, and anybody can join marginal as an editor,” Stacey said.

At the weekly meetings, editors have a few different responsibilities.

“If you join as an editor, then you’re helping make the decisions about who’s going to win the contests, running the contests, and dealing with upkeep for the club,” Stacey said.

In this year’s annual poetry contest, a lot of thought went into the selection of the winner.

“We had a lot of great submissions, and we just narrowed it down to our top three at our last meeting,” Stacey said.

The total count came to about fifty submissions for this year’s crop, which is about average for this contest.

Creativity and thoughtfulness are important aspects of high-quality poetry. May Chen exemplified this characteristic.

The command of language comes from a lot of practice and a commitment to continuing to write. As May Chen has seen, great progress can be made over the span of a few years.

“The second winner’s poem was about a female friendship in our school and why that’s important. That was really good,” Stacey said.

Meaningful poetry can be very impactful, and Maggie Joyce’s poem about her special friendship demonstrated just that.

“Our third [place] winner was just a really important topic and it was written well,” Stacey said.

Piyusha Majgaonkar’s ability to handle her topic with skillful writing shined through in her piece.

As for how it feels to be chosen as a winner in a contest with so much stiff competition, Chen speaks to the accomplishment.

“I guess it was a nice feeling. It’s very ego-boosting, because I have so many really good writers around me, like all my friends are super good at writing. And I always felt like I was behind them, in a sense. So, winning was like, ‘Wow, I’m actually not that bad at this, you know?’” Chen said.

Finding inspiration can come down to what writing you’re exposed to.

“I’ve been really reading a lot of poetry written by the latest Asian writers and I guess that was kind of very eye-opening, and it was like these people had the same experience as me but they put it in such a beautiful way,” Chen said.

With the words of other poets in her mind, Chen was able to find her own voice. The expressiveness of the winning poem was an important part of why it won the contest. Now the high school will just have to wait and see what she writes next.

“I guess now I’m just trying to put myself out there more,” Chen said.