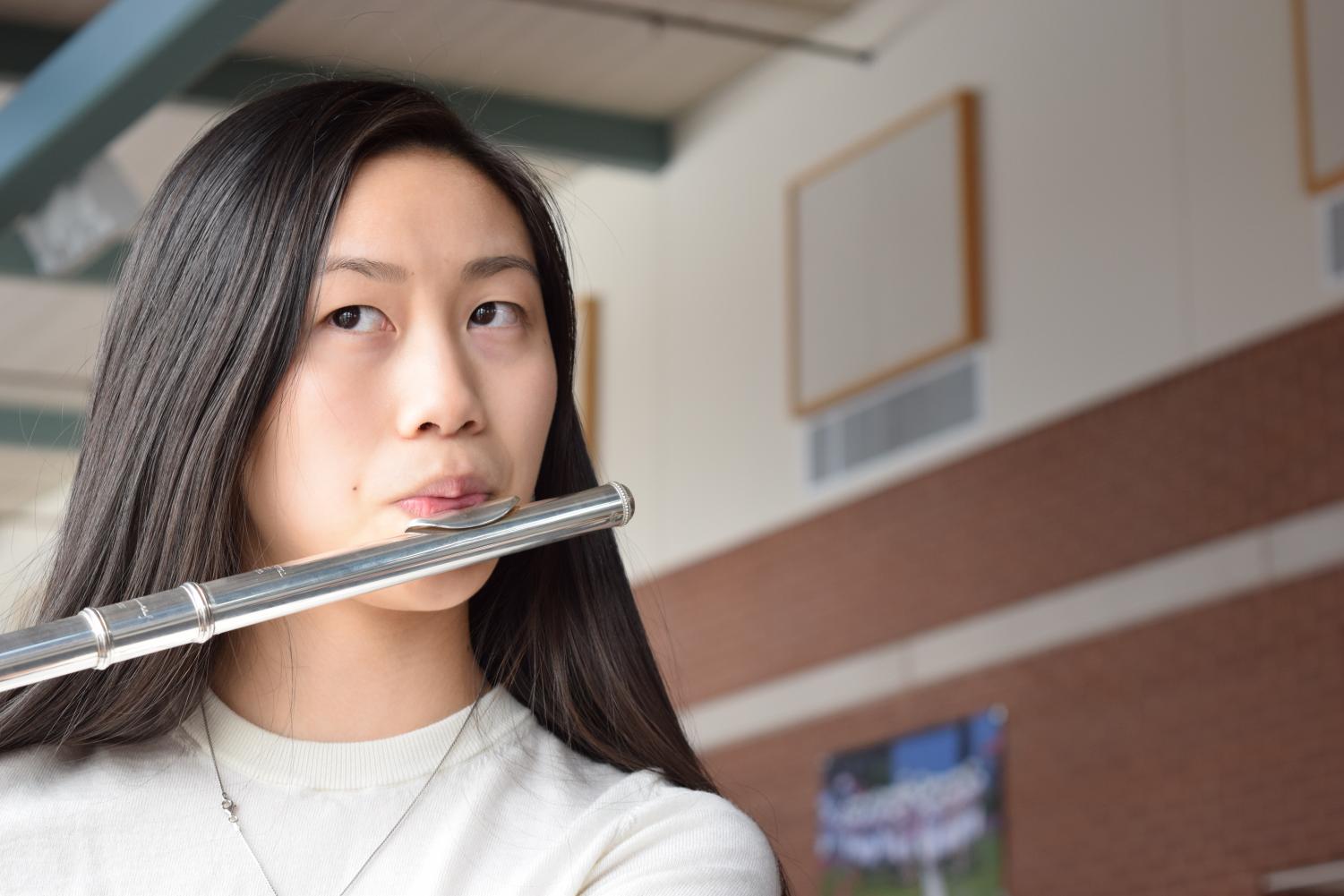 Extraordinary Flutist’s Rise to the Top

“When I started the flute in fifth grade, it was because I truthfully wanted to just play the Pokémon theme song,” Chen said.

Since starting the flute in fifth grade, Rachael Chen, now a senior at Hopkinton High School, has since become an accomplished musician. Chen decided to pursue the flute and music nearly full time after learning music’s power of expression.

Through teachers, mentors, and hard work, Chen has taken a journey from simply wanting to play a short theme song to becoming one of the best youth flutists in the nation. However, Chen’s journey is never ending as she strives to become a music professor, teaching not only music, but also the importance of openness to understanding your emotions and your inner self.

Chen has played in multiple music festivals. This year, she received principal chair (meaning she scored the highest) in the Central District Orchestra, as well as the All-State Band, an ensemble representing the top high school performers in Massachusetts. Chen auditioned and was chosen to play in the All-Nationals Concert Band, an ensemble that represents the top performing high school musicians in the United States.

Despite Chen’s success in music festivals, she doesn’t like the hierarchy that is imposed in these competitions from the district, state, and national levels.

“For me, they are just moments in my time that I am lucky enough to experience,” Chen said.

Chen has had multiple private lesson teachers but is currently studying with Ms. Judy Grant, one of the most sought-after flute teachers in the region. And on top of all that, Chen practices every day for at least two hours.

Though Chen has been playing flute since fifth grade, she only started taking lessons in eighth grade. Most professional musicians start private lessons much earlier, usually beginning right when they start playing their instrument.

“The past three years I have been doing a lot to catch up to where I could’ve been if I started lessons in fifth grade,” Chen said.

After starting private lessons four years ago, Chen realized that flute meant more to her than just Pokémon music. To her, music has become a means of expressing her emotions and sharing her life.

Despite her accomplishments, Chen has had her share of letdowns. In ninth grade she was four points off of making the All-State ensemble, in tenth grade, she was one point off, and in eleventh grade, she came out of the audition room in tears thinking she did not do well enough.

That audition was good enough, however. She made it into the All-State Band, scoring the third highest score.

“I am not a big fan on how you are scored at an audition, but that’s really the only efficient way for judges to pick [musicians],” Chen said.

Chen’s success is due to her diligent work in honing her craft. Her success comes in part because of her band teacher, Craig Hay, who introduced her to music and the flute in fifth-grade band.

“She obviously has the talent, but she has put in so much time and effort to play well and seek out all the opportunities to get better,” Hay said

Most of Hay’s time with Rachael is spent in Hopkinton High School’s Concert Band, where Chen rehearses with around fifty other students during school. This year, Chen has multiple solos to showcase her unique talent and hard work, but while she may have the spotlight, her focus is on making the group sound its best.

“She’s never been one to want the attention focused on her. While there have been times the past few years where she’s probably been the best player in the section, there’s that willingness to be part of the group and want the whole group to succeed,” Hay said.

“She works really, really hard. But, at the same time, she’s very easy going and laid back, which I think is unique because I think people who work too hard let stress get to them,” Dodge said.

To Chen, music is empowering and is why she plans on becoming a professional flutist; devoting her life to music and sharing its message with as many people as possible

“It doesn’t matter, classical, rock, pop, rap, or jazz, they all have a message to share, but someone has to be willing to share that message and not be afraid to be vulnerable,” Chen said.