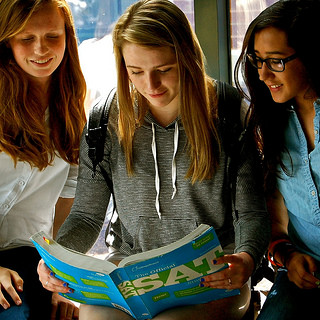 As the weather slowly slips into springtime, standardized testsÂ are on the minds ofÂ high school juniors who must take exams in order to rank themselves among others for college admittance. Since these tests are required by the vast majority of colleges, the fairness and unbiased nature of the exams are very pertinent to students.

For the first year since its inception, the SAT is no longer the most popular college entrance exam in the United States. It has been surpassed by the American College Test, the ACT, since 2012. The SAT is attempting to stay relevant by transforming the test into a more reliable predictor of aptitude and preparation for college success.

On March 5th, the current president of the College Board, David Coleman, released a statement to the public in which he said that he wanted to make the SAT more accessible to middle and low income students. He made plans to offer fee waivers students who could not afford to would not have to pay college application fees. Coleman stated, â€œIt is time for the College Board to say in a clearer voice that the culture and practice of costly test preparation that has arisen around admissions exams drives the perception of inequality and injustice in our countryâ€. Sal Khan of the successful tutoring website, Khan Academy, agrees, â€œFor too long, there’s been a well-known imbalance between students who could afford test-prep courses and those who couldn’t”.

Coleman also announced that the structure of the test itself will be altered, starting in 2016. In the future, the test will still include the three part system – Math, Writing, and English – however, the essay will be optional and receive its own separate score. The test will revert to a 1600 scale instead of a 2400 scale, and no longer deduct points for an incorrect answer, both alterations making it more similar in structure to the ACT.

Although Coleman is commended for his efforts to aid lower classes inÂ America, he is both criticized and applauded for his methods in changing the foundations of the test. Philip Ballinger of the University of Michigan, Ann Arbor, strongly agrees with Colemanâ€™s ideas for reform, â€œItâ€™s absurd… how much test prep has grown and how guilt-ridden parents have become about trying to prepare their kids for the test, if this helps test prep become learning, not gaming…thatâ€™s greatâ€. Ralph Figueroa, director of college guidance at the Albuquerque Academy, says, “If it’s going to be more like the ACT, then what do we need to take the SAT for?”

Coleman recently released more details about his proposed changes to the SAT test, along withÂ sample questions for faculty and students who plan to take the test in 2016 or later. Coleman has taken a major step in the progression of the SAT, hopefully attaining his goal of expanding those who are able to take the test, as well as allowing it’s results to more properly represent the preparedness of a student for college success.