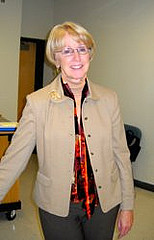 By Lily Augustini
On Monday, May 3rd, 2010, Governor Deval Patrick signed the new Anti-Bullying LawsÂ  of Massachusetts.Â  These laws were put into action as a result of the recent teen suicides of students Phoebe Prince, age 15 of South Hadley High School, and Carl Walker-Hoover, age 11 Â of New Leadership Charter School.Â  These suicides occurred as a result of bullying, harassment, and hatred.Â  The deaths of these children, and many others, have lead to various discussions and actions taken by the state to limit bullying. These suicides sparked legislature to take action against teen bullying.

The Anti-Bullying Laws were put forth with hopes to minimize and prevent bullying in Massachusetts schools. According to Mass.gov, ” The new law requires all school districts, charter schools, non-public schools, approved private special education day or residential schools, and collaborative schools to develop and adopt bullying prevention and intervention plans.” Schools are required to come up with a “master plan” that outlines bullying prevention.

Dr. Mary Colombo, Assistant Superintendent of the Hopkinton School System, has taken on the challenge of running the “Bullying Prevention and Intervention Planning Committee” in Hopkinton, which meets multiple times a month to discuss and re-write the school’s plans to prevent bullying.Â  Members of the group include parents, teachers, faculty, and four chosen students.

The Bullying Prevention and Intervention Planning Committee has come together to improve the anti-bullying plan. The plan includes everything from classic bullying on the playground, to cyber bullying, and even sexual harassment. Dr. Colombo expects the community to react “very positively” to the upcoming plan; it is an inclusive process directly reflective of the community’s needs. She stated that the plan is a new “way to implement different things in our district”, and is very happy with the progress that has been made so far. “Everyone has made an honest contribution,” she said of the committee.

Members of the planning committee are hoping for full attentiveness and respect to the new laws. “The people of Hopkinton are well informed,” stated Dr. Colombo, “Besides, this is an issue involving the entire country.”

The plan will be put into action as soon as it is completed, which will be roughly around the beginning of December. The final copy will be sent to the DESE, and will soon after be approved and distributed throughout the Hopkinton School System.