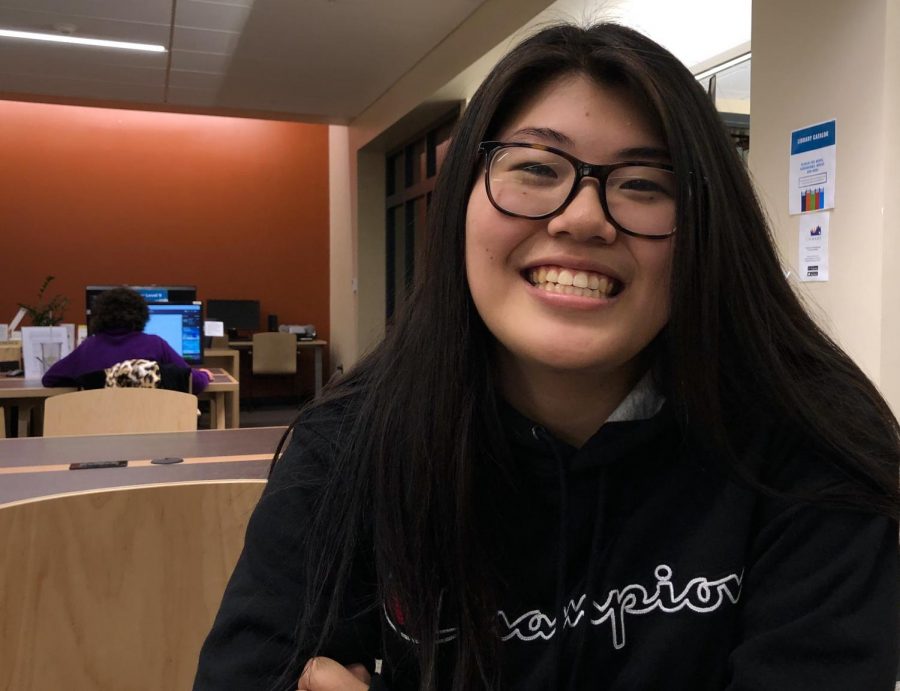 Breastroker, Allison Fu, competes in the one hundred breaststroke as well as 200 medley relays. Fu would like to widen her capabilities this season as she looks at Division III schools to swim at.

For the past two years, head coach Jeff Libby has coached the team to states, placing third in the 2017/2018 season.

Libby is now stepping down to the role of assistant coach to pursue a career in fire fighting. A long-time friend of his and Boston College Division I swimmer and graduate Kristen Webber will be taking over as head coach.

“We are looking forward to working with the new coach — who seems wonderful and has a lot of great experience,” Kate Lagassé a senior captain and freestyler said about Webber.

The three-sport athlete is excited for the beginning of her last season with her teammates. Lagassé has been on the team for all four years at the high school. She has been reflecting on her decision to swim in high school after taking a brief break in middle school.

The swim team is known for having great chemistry in and out of the pool, some even joke they are a ‘cult’. Lagassé feels that the credit for their team dynamic is the challenge of the sport.

“I think what it really boils down to is the sport itself. I mean, of course, we’ve had a great run with the kids on the team, I’ve never met anyone on the team that hasn’t been nice whether that is a senior or a freshman. Asides from that, I would say that swimming is one of the hardest sports out there, and you are getting a group of kids that are willing to face that adversity and those challenges together,” Lagassé said.

“What it comes down to is that through hardship you are going to make some friendships. If it wasn’t for the late-night practices and the brutal sets- that’s something that really brings us together and we get to see each other every day. It starts with the sport”.

Another senior captain and four-year varsity member, Allison Fu, recognizes the team’s shared mentality as a large contributing factor to their success.

Kayla McCann, Kate Lagassé, and Allison Fu have similar goals for the team and upcoming season. They will be chasing after a TVL title and the Championship League title. Lagassé also hopes to see the team mesh as well as they have in the past.

“It’s going to be a very special season for us (seniors) not only because we have been given this great opportunity to lead the team but it’s our final season,” Lagassé said.

“And that’s a very bittersweet thing but we also get the chance to see the freshmen that are going to start the team and realize that is where we started and see how much we have grown since then”.

Tryouts and the beginning of the season started after Thanksgiving break on December 2nd.