From Rome to Hopkinton: Alessandro’s Experience in America

Alessandro Cotella strides through the beautiful neighborhood in Rome called Roma 70 where he grew up. Having ignored the marble buildings, many stone arches, gorgeous parks in the city that has existed for three millennia and that he was so used to, he finally walked into his home, opened his computer and took a deep breath. 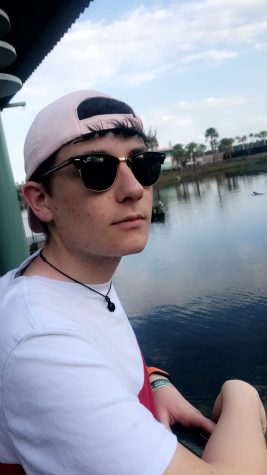 His breath appeared to pause in his lungs before he let it go, feeling the emotional strain drain from his body.

His breathing came back to ordinary and he felt as though he could be alive again.

He opened his laptop and started typing his application to become an exchange student in the USA. The powerful thought entered his mind of being able to achieve everything and overcome the insecurities that were hunting him like nightmares.

The motivation to begin a new chapter in his life, like a windscreen wiper, wiped out the mist of spoken and unspoken judgments, criticisms and doubts of not only the people that he used to call friends but also his internal thoughts.

He had been thinking about coming to the states for a while, but the idea seemed too good to be true.

He had so many doubts within him, however, the constant negative comments from his friends and family telling him he was not capable of going to another country by himself, actually motivated him.

“When people started commenting at the fact that they did not think  I could do it I wanted to prove them wrong and show them that I can do anything,” Alessandro Cotella explained.

While being in his 3rd year of high school in Italy, coordinators from one of the organizations that are responsible for exchange programs came to his high school talking about the opportunity to take part in one year in USA exchange program. The plan to come to the states seemed so lucrative. The presentation about being an exchange student planted a seed of a desire in Alessandro’s mind to begin a journey in the mysterious land across the pond called the United States of America. The part of him always felt like he was belonging somewhere else. He has never felt at home in Italy. He wanted to experience something new.

“After the presentation people were jokingly asking me if I wanted to be an exchange student and were saying I would not do it… well look at me now,” Cotella said.

Alessandro believes that his spirit animal is a hedgehog, and his personality reflects it. He is very bad-tempered but also sweet on the inside. His new American host mom, Mckenna Rogers, is not surprised about his motivation why he chose to come to the USA. She has known him for 7 months now and loves him like a real son.

“I think Alessandro is an incredible and loving son, however sometimes he can be very stubborn [ … ] Whenever someone says to Alessandro that he cannot do something. He always does it,”  Rogers said.

That is why his inner hedgehog took over him and in his 3rd year, he decided to apply for an exchange program in the USA. The most appealing fact about the USA according to Alessandro is the fact that people here are very open-minded and tolerant. The new journey brought him to a place that he feels most at home.  Having been here for 7 months he feels more American than Italian in his preferences towards certain values and surprisingly food.

“What was the biggest surprise about Alessandro is the fact that he loves  American fast food, pizzas, bbq and overall when I ask him what he wants for dinner he never asks for pasta, it is usually American food!” Rogers said.

“I am obsessed with Taco Bell and Wendy’s, in Italy we do not have any of those fast food restaurants […]  it is really hard to find other cuisines than Italian.  In the USA I became a fan of PF Chang and Chinese food!”  Cotella said.

According to his new host mom, Alessandro’s friends, and Alessandro himself, not only did his taste preferences change but also his personality and skills. While starting a new life in an unknown environment he had to adjust to the differences in culture and overcome some obstacles. After an amazing August in the USA that he spent with his host family, it was a time to start school and make new friends.

“My friends in Italy used to think that I am an introvert […] I had to change it and be more sociable and friendly in the new school to make new friends in the USA,” Cotella said.

“The first impression of Alessandro… Hmm, I used to think that he was kinda weird and quiet, but after a while, he opened up and we became friends,” senior Aren Arakelian, a member of the Ambassadors club, said.

Thanks to the change in Alessandro’s mindset and behavior he started talking to people in his classroom and making friends in Ambassadors Club. He has been enjoying his time in the States with American friends and a new host family.

“We are a very family oriented, We love taking Alessandro to new places and do things as a family that he had never done before, like going to Six Flags, going for a bubble run, making his first snowman, going to Disney World in Florida, or visiting New York,” Rogers said.

In the constantly warm Rome, it is very rare that there is snow. By coming to Massachusetts Alessandro has experienced his first big snowfall and was very excited to make his first snowman.

“It wasn’t the best snowman, however, we had so much time making it!” Rogers said.

Making a snowman was not the only thing he had learned to do.

“We have chores at our house and we had to teach Alessandro how to do them,” Rogers said.

During his exchange, he has learned how to be more responsible and that skills can help him in his future life. He has learned the general housekeeping as well as good time management.

“I had to learn how to do my laundry for the first time […]  and keep up with social and academic life,” Cotella said.

Moreover, Alessandro has experienced the broad diversity of the USA by traveling with his host family around the USA. He has been in big cities like Boston, New York, and Orlando but also he went camping in more rural places in New Hampshire.

“The best part about the USA is its diversity. For example, Florida is totally different than Massachusetts when it comes to weather, culture, and architecture. However there is one thing that is universal and I love about the USA; Everyone here is nice, friendly and open,” Cotella said.

The cultural experience is something that Alessandro is most grateful for. Not a lot of people in his age has been thrown in at the deep end like an exchange year in an unfamiliar country. He had to get out of his comfort zone and it took a lot of courage and self-improvement to sail in uncharted waters. Nevertheless, he has broadened his horizons by being more open-minded, taking an initiative and being more independent and responsible. Alessandro’s experience as an exchange student is like losing your mom in a grocery store for a year, he had to figure out what to do and how to do it by himself with no help of others micromanaging him.

“I learned to do things on my own and I feel more accomplished than ever[…] Coming to the USA  is my biggest success,” Cotella said.

Alessandro’s new American friends and family love him and don’t want him to go back to Italy. They will miss him and he will miss them too. He is here only for 3 more months, yet he is still thinking about new things he can do during his exchange year.

“This spring I am planning to join Ultimate Frisbee, I have never tried it before and I think it will be something fun to do.” 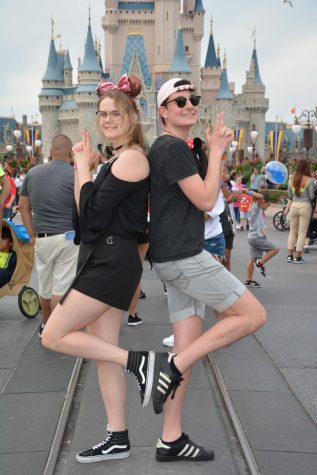 This year has been an adventure full of new experiences and there is still more to come for Alessandro Cotella.